What is Lu An Gua Pian Tea?

Lu An Gua Pian, or called Lu'an Melon Seed Tea, the name is derived from the shape of the processed tea leaves, which are flat and oval and resemble a melon seed. It is one of the best Green teas, comes from Lu An County in An Hui, China. Lu An Gua Pian has the highest nutritional level among all green tea. The most careful picking and processing make the elegant fragrance, bright soup, and mellow taste.

Lu An Gua Pian is a bit unique among green teas. Unlike most green teas which use the new buds in making tea, Lu'an Melon Seed Tea uses the second leaf on the branch, the tea leaves are left to mature on the bush longer, allowing it to develop a more complex flavor and nutritional profile.

It is one of the top ten Chinese famous teas. Its high quality and refreshing taste make it win the China Tea Award in 1982 and China Food and Drink Award in 1988.

The historical origin of Lu An Gua Pian

Lu An Gua Pian has a long history and it can date back to the Tang Dynasty. It was first recorded in The Classic of Tea, which was the first book about general tea knowledge. The records describing it as a "Superior Tea". In the Ming dynasty, it was widely used to prevent sunstroke by the Chinese and was described as a top-grade tea in Agriculture Encyclopedia, written by a well-known scientist Xu Guanqi. It was also a type of gong cha (tribute tea) to the imperial family in the Qing Dynasty.

What are the benefits of Lu An Gua Pian tea?

2.Anti-bacteria. Catechin in Lu An Gua Pian has an inhibitory effect on some bacteria that cause human diseases, and does not harm the reproduction of beneficial bacteria in the intestine.

4.Weight loss. Lu An Gua Pian contains theophylline and caffeine, which can reduce the accumulation of fat cells, thus achieving the effect of weight loss.

5.Prevent decayed tooth and remove bad breath. Lu An Gua Pian contains fluorine, catechin can inhibit caries bacteria reproduction and reduce the incidence of dental plaque and periodontitis. Tannin in tea has the effect of killing bacteria, so it can effectively prevent bad breath.

6.Prevent cancer. Lu An Gua Pian has an inhibitory effect on certain cancer. Drinking tea on a regular basis is beneficial to body health.

7.Whiten skin and prevent ultraviolet. Some substances in Lu An Gua Pian like catechin can help resist ultraviolet.

Different from other tea leaves, Gua Pian picking is extremely careful, it only picks the most tender leaves, no buds or stems picks five or six leaves at most from one branch. In terms of picking technology, Gua Pian is the only one that everyone leaves picked individually. Besides, weather is vital when picking, not pick on a rainy day. Picking gently, can't damage the leaves or break the branches. 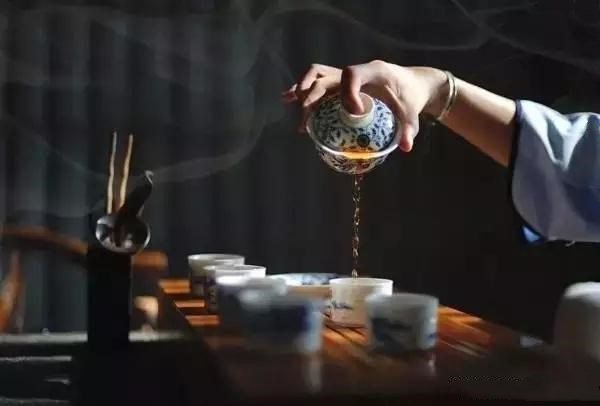 How to make Lu An Gua Pian tea?

Drinking Lu an melon slices, the first choice is a transparent glass, followed by a white porcelain Gaiwan.

1.Brew in a glass

Through the transparent glass, you can enjoy the posture of Lu'an melon slices in the water. When brewing, you can see pieces of tea in the water, stretching and dancing.

The white porcelain Gaiwan does not absorb the soup and aroma, and has strong reducibility, maintaining the original flavor of Lu’an melon slices. The tureen has a fast heat dissipation rate and will not suffocate the tea leaves. Melon slices are clear and green in the soup, which is easier to show up against the white porcelain.

It is one of the best Green teas. Lu An Gua Pian has the highest nutritional level among all green tea. The most careful picking and processing make the elegant fragrance, bright soup, and mellow taste. Buy it now! Try it! 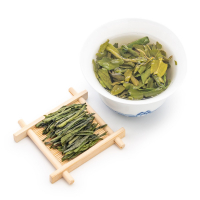 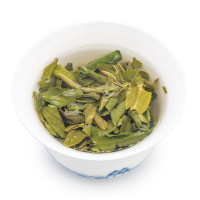 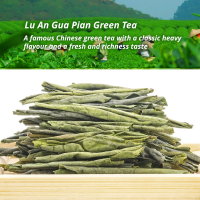 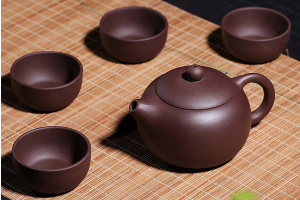 Your Guide to Gongfu Brewing 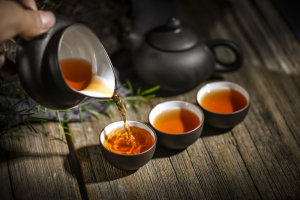 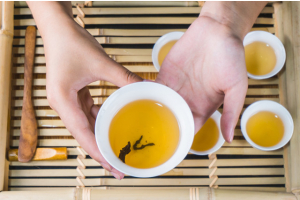